You can find more information about line_profiler in its GitHub repo.

Sencondly, run this command (which is called magic) in a Jupyter notebook cell:

This line is used to “import” line_profiler

Thirdly, run this line to profile function A when running function B:

For example, if I have a function called sleep and it’s defined as following:

Then if I want to profile this function, I just need to run %lprun -f sleep sleep(5).

The full example are shown in this image: 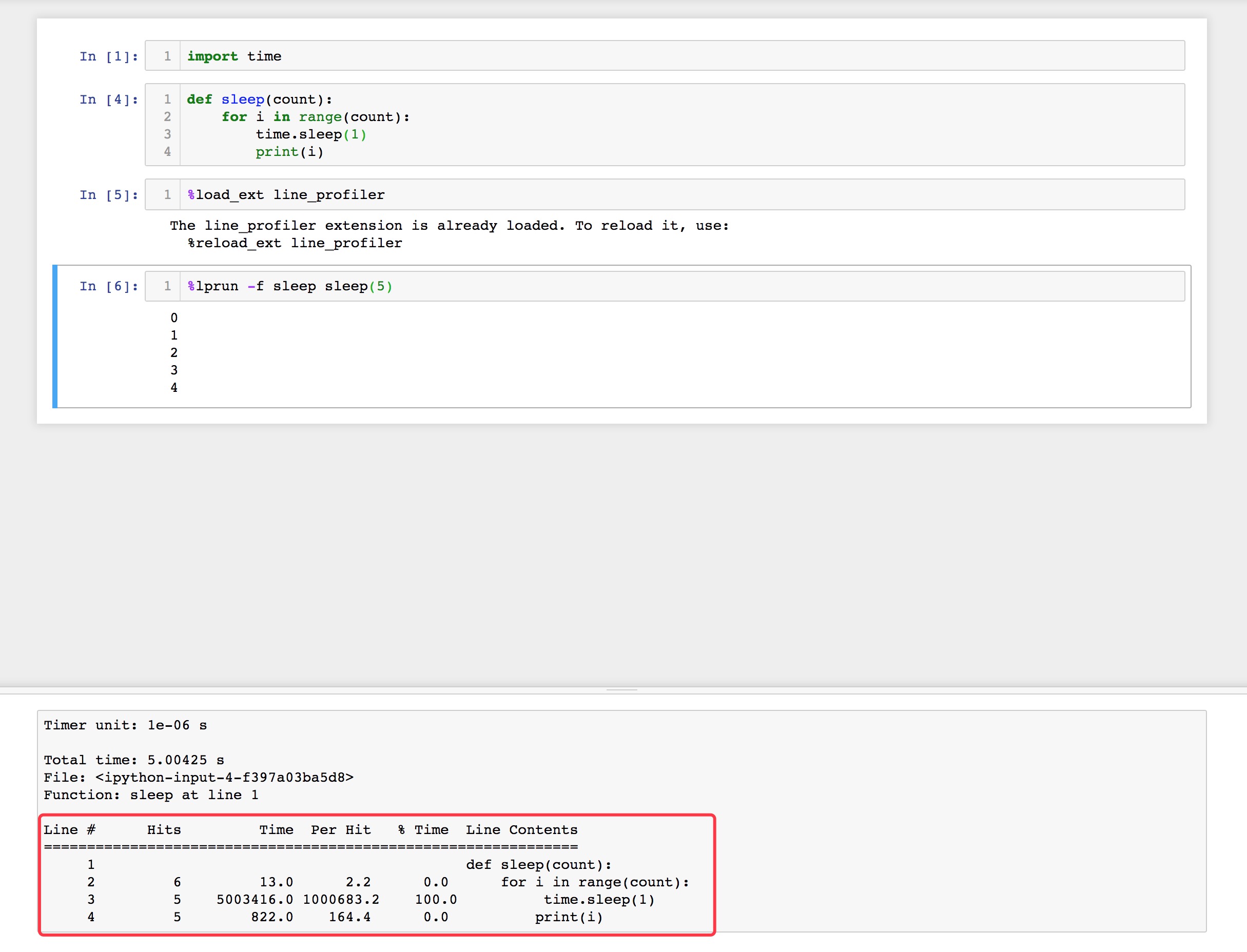 In default mode, Jupyter will show the result of the last line if it’s not be assigned to a variable.

To show all such results, you can add these two lines into the begining of your notebook.

You can only use Latex in markdown cell. Then things are the same with when using it in markdown. There are two ways to use it:

Sometimes there may be some warnings and you decide just to ignore them. To make it looks better you could add these two lines into the begining of you code:

To reformat the code in Jupyter Notebook, you need two tools: yapf and yapf_ext.

Basically, what you need is just install them with the following commands.

By saying interactive plot, we mean the tool provided by matplotlib which allows us to drag, zoom or ajust the figure we plot. To use it in Jupyter, you need to add and excute this magic command before you run the plot code:

Sometimes we may need to show the data in a table to make it vivid and clear for readers. Basically, there are two ways to do that.

So using pandas, wen can convert our data by:

Sometimes you may want to make the figure more clear in your retina screen. What you need to do is only add one line of magic code:

Shortcuts can accelerate our coding speed. Some basical shortcuts are shown in the following: